Tiny Jumper The Dimorphic Jumping Spider is less than half an inch in diameter. It is techncially known as Maevia inclemens. It can jump up to 50 times its length!

While the male comes in two radically different color varities, the female has just one look. She is light brown in color, with large eyes. The center two eyes are very large and then the outer two are slightly less large but still impressive. Her back has a medium brown / orange pattern that looks like two stripes higher up and then moves into a herringbone sort of pattern as you get near her tail end.

The female dimorphic jumping spider mates at even rates with the black and grey versions of the male. Whichever version she mates with, she creates babies of both varieties.

This page has a few selected photos of the female dimorphic jumping spider, and I also link to a full album of all of my photos. We get a number of these on our porch every year, and they are fairly friendly, so we end up with a lot of photos of them. Note that there are some variations within females as to the way their stripes lay out.

Now a few more from previously. 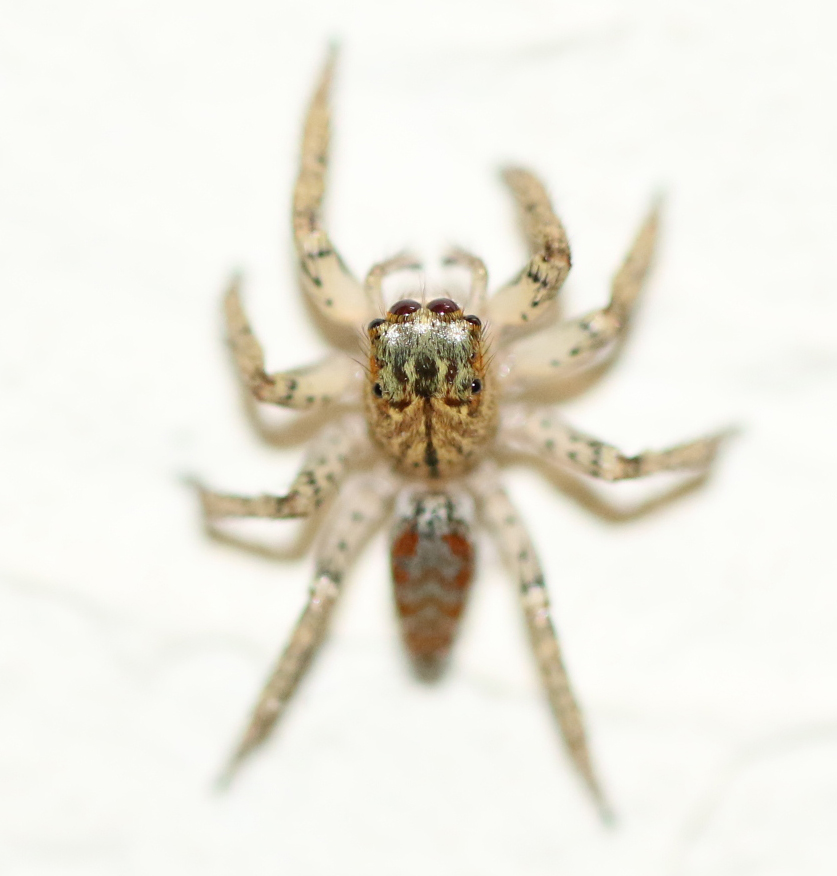 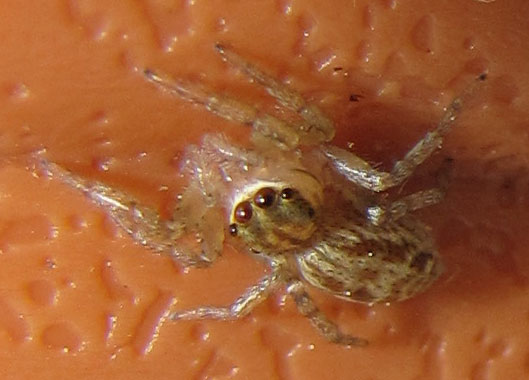 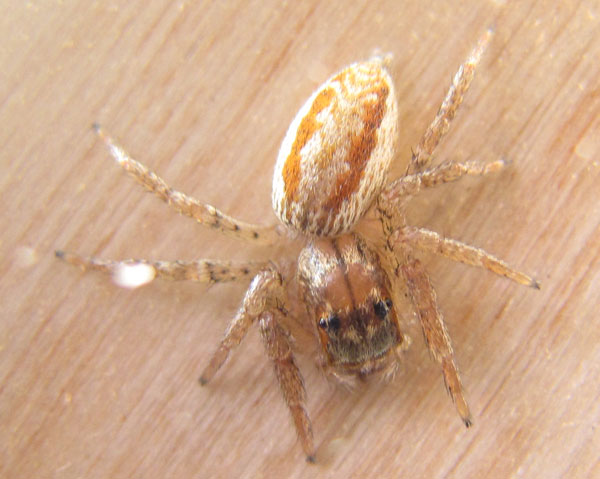 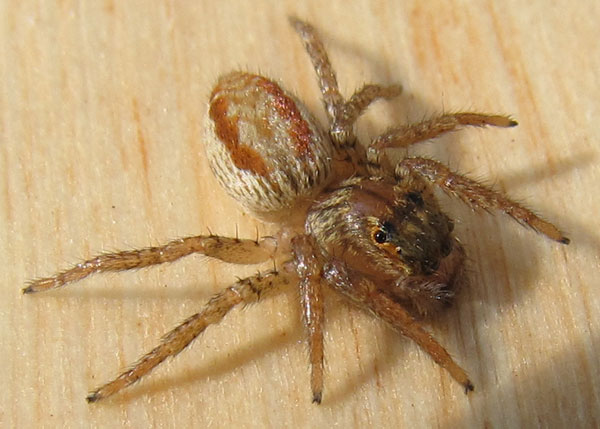 This next version appears to be quite pregnant! 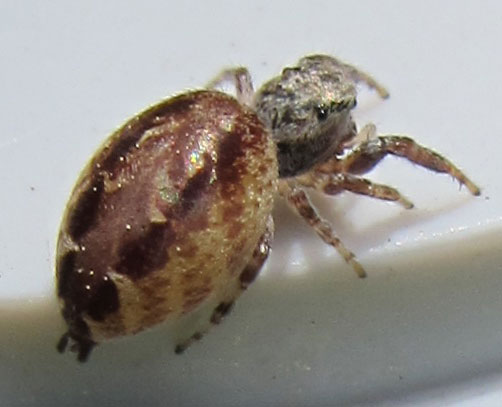 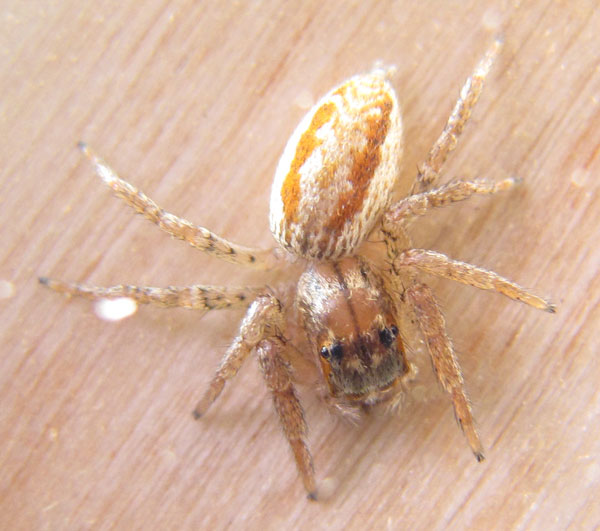 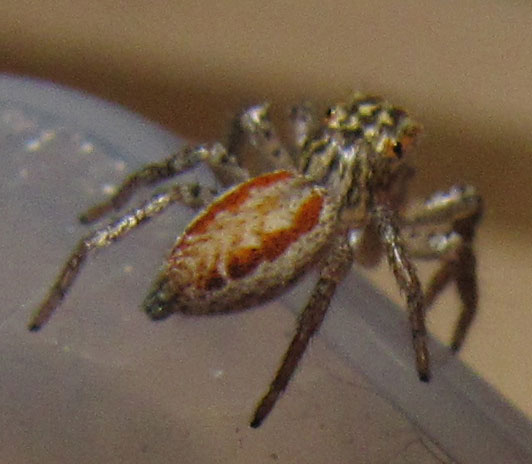 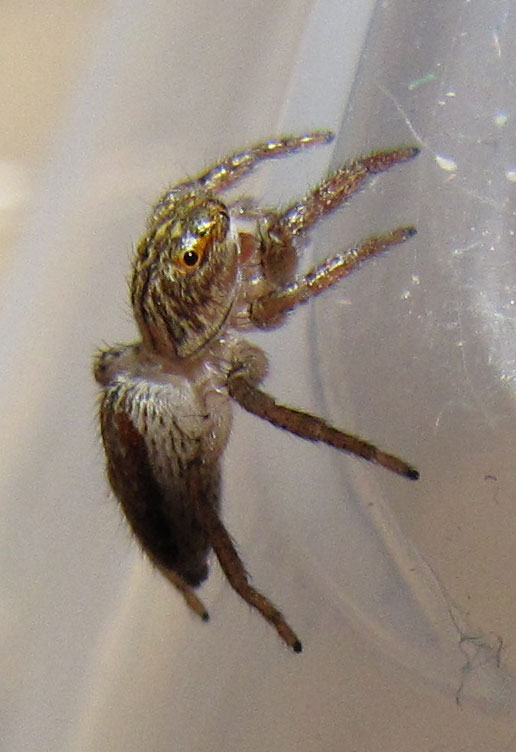 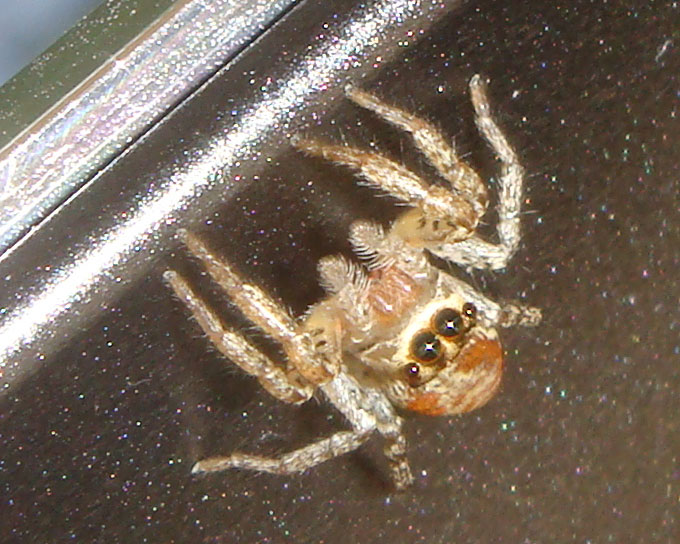