The Dimorphic Jumping Spider is less than half an inch in diameter. Dimorphics are known as Maevia inclemens. This springy spider can jump up to 50 times its length!

The reason these spiders are called "dimorphic" is that the males can come in two different color styles. The other form of male dimorphic, called the "tufted morph," has a solid black body. It looks radically different than the female. This one is the grey morph and it looks very similar to the female.

If a gray morph mates with a female, the female will still bear half the babies as the tufted morph and half of the gray morph. The babies don't all match the father. This can be a little confusing because when the babies are first born they all look like the gray morph. However, when they go through their final molt to adulthood, half of the males will reveal themselves to be the black variety.

This gray morph has an extremely good camoflague. It blends right in with our porch and is very hard to spot. In comparison we can see the black morph from miles away, because its shiny black body stands out so clearly against the background. 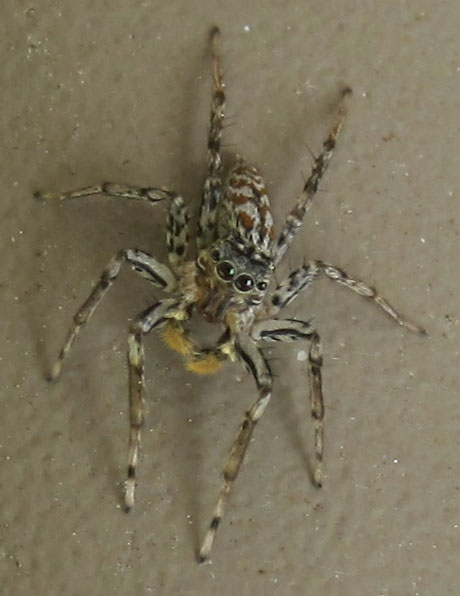 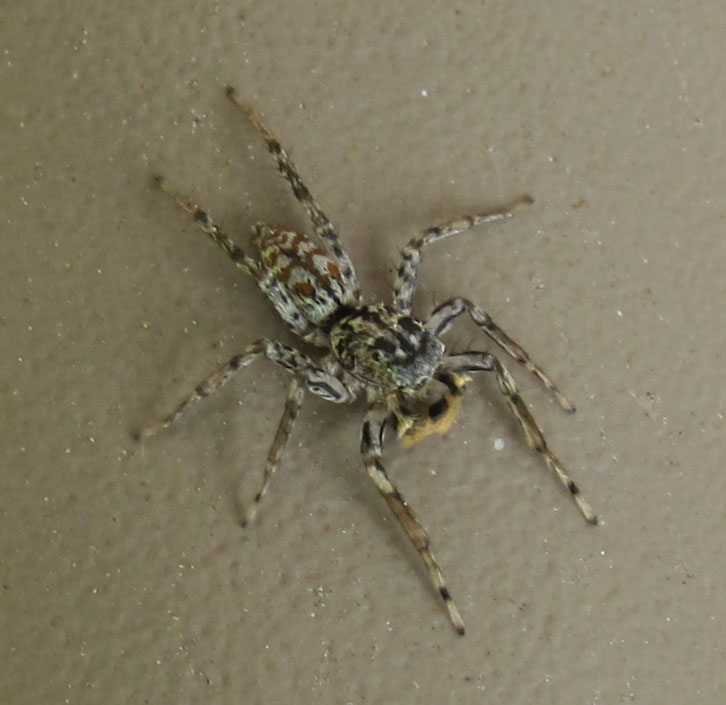 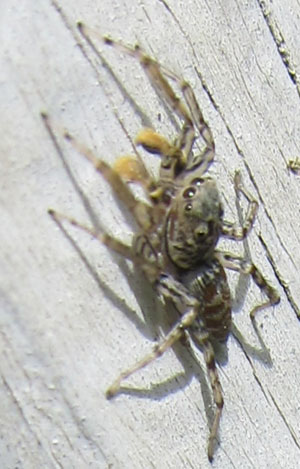 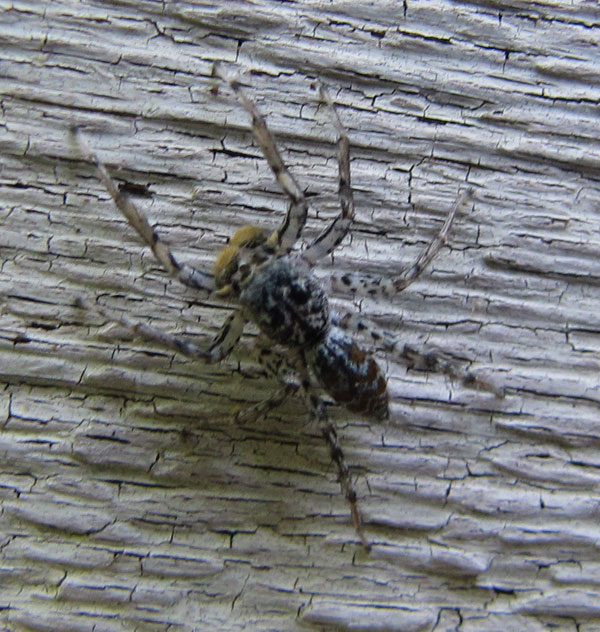 In this second photo the spider is jumping directly at the camera lens! These things are quick! 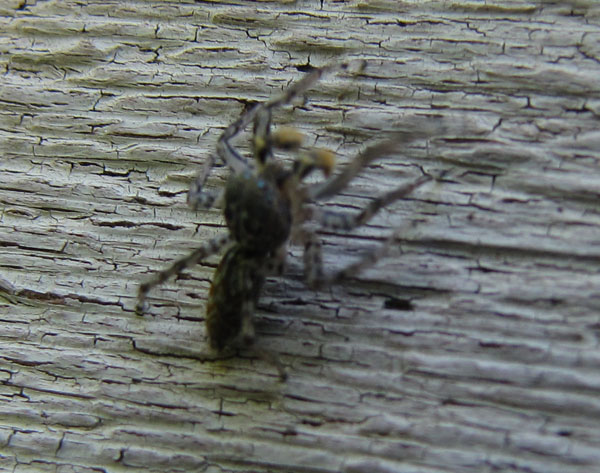