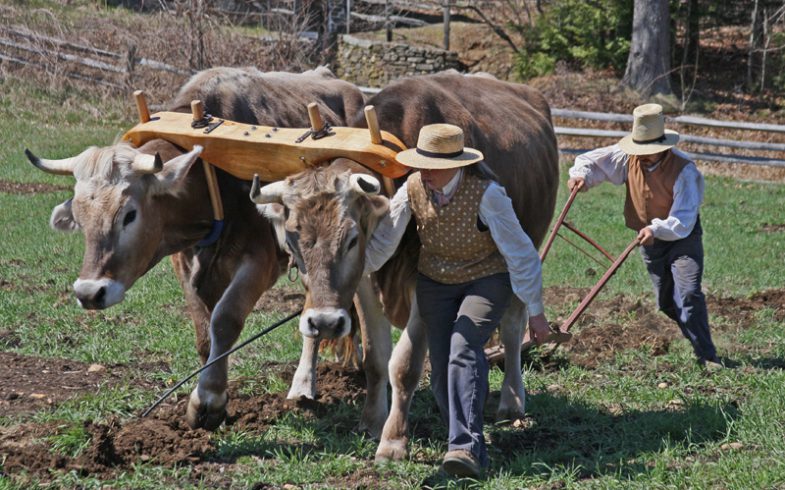 It’s Sutton History Sunday! Sutton at one time apparently had a problem with idle townsfolk.

1767 town meeting: “Voted that the Select men provide a work House to put Idle, Vagrant and Dissolute persons in.”

1771 town meeting: May 20th. “Voted to Raise eighty Pounds to support the Poor of the Town this present year.” This is the first mention of an appropriation by the town, for the support of its poor.

I believe the 1771 money was to build and maintain the work house / town farm at which the homeless people were put to work.

Note that by the late 1800s most locations maintained some sort of similar building. Massachusetts at this point did a review of each house to make sure it was well maintained. Here is their 1898 report on Sutton. Note they use terms for the mentally ill that we in modern times might find disrespectful.

“Good management was found at this almshouse. The structural defects of the house are pronounced, and no separation of the sexes can be secured. As long as the filthy idiotic men are kept here, the house can neither be kept clean nor properly ventilated. The sum of $250 has been appropriated for improvements. The waterclosets used by both sexes are placed at the end of the corridor, from which open the rooms used by the male inmates. This shameful condition should receive immediate attention. There are sixteen inmates, five of whom are insane, and seven idiotic. The warden and matron receive a salary of $500.”

Here’s some information on life in a poorhouse – http://www.newenglandhistoricalsociety.com/poorhouse-each-new-england-state/