In December, winter starts to come in to Sutton. It might still be in the sixties some days, and in 2009 it even hit 70F in the beginning of December. However, all too quickly, it'll drop down below freezing. The pines are vibrantly green amongst the brown branches of other trees, and houses are prepared against the coming cold. 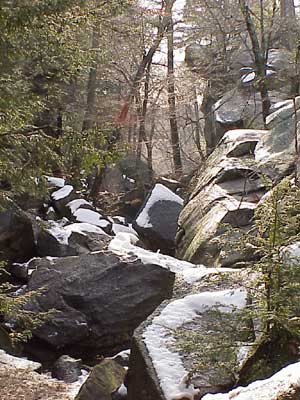 Preparing For a Winter Emergency

December is typically taken over by holiday celebrations and preparing for New Year's Eve - Christmas, Kwanzaa, Hanukkah, the Winter Solstice. It is also identity theft awareness month (perhaps because of all the buying being done) and colorectal cancer awareness month.