March in Sutton can sometimes be snowy, but you also can feel spring coming. The days are getting warmer, the buds are starting to form on trees, the crocusses flowers and daffodil greens start poking up through the layer of leaves left from last year. The birds start chirping a little more happily, as they prepare for mating season.

The beginning of March is often snowy. This photo is from March 8, 2013. There was already four inches of snow on the ground from Nemo, and then we got another eight or so in light, fluffy dust which the wind blew into stripes on the trees. 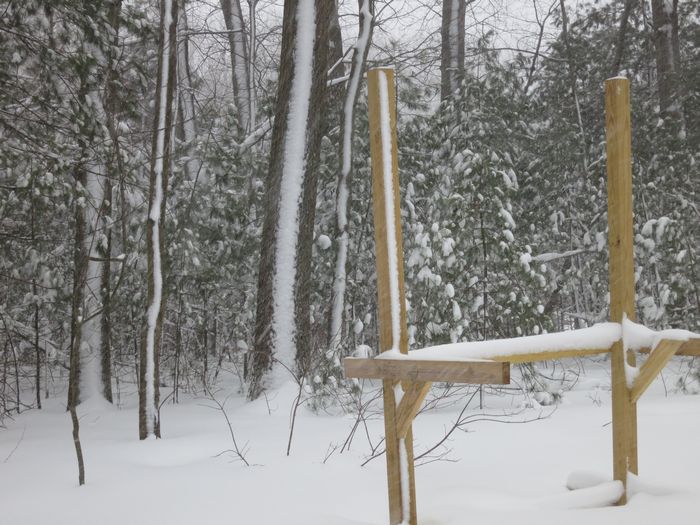 In mid-March there is just the tiniest bit of green starting to poke through the snow and leaves. This photo is from March 13, 2013.

We often get more snow during the middle of March, so crocuses have to hang in there are they are continually re-blanketed with snow.

By the end of March, the flowers are starting to appear! The crocus blooms are pretty consistent at arriving the last week of March. They are the first flowers to bloom.

In comparison to the crocus, the daffodils are barely green stalks in March. It'll be another month before we see blooms on those.

This next bush is the only other thing that begins to bloom in my lawn in March. It is a pieris japonica bush which clearly is not native to the region, but it seems to do all right with the cold.

The bushes start to bud

A close-up of the budding bushes

In March 2010 we had first a torrential hurricane, then only a week or so later we had a series of torrential rainstorms. It caused flooding all across New England, and Sutton was not immune.

I've got a bunch of photos plus a video!