The Sutton Massachusetts Mysteries are a mystery series set in the beautiful rolling hills and glistening lakes of Sutton, Massachusetts. They feature Morgan, a heroine who enjoys the quiet, rural tranquility of Sutton - its deep forests, its quiet lakes and rivers. She is accompanied by Jason, a ranger who shares her appreciation for the natural qualities that central Massachusetts offers. 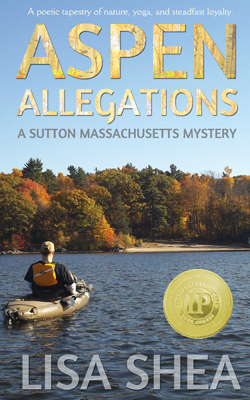 Aspen Allegations - Book 1
Morgan has become settled in her quiet life in Sutton, Massachusetts. Her peaceful morning yoga routine is assisted by her cat, Juliet. In the evening she guides her kayak across the placid surface of Lake Singletary. Everything is in its place. 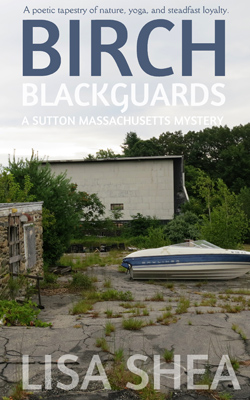 Birch Blackguards - Book 2
Morgan's life was settling into place with the gentle ease of a heron coming in for a landing on a still Massachusetts lake. Jason, the man she loved, was a serene presence in her world. Their evenings of kayaking on Manchaug Pond were the perfect counterpoint to her days writing and maintaining an online presence. The world was in balance.

And then, in the shadowy depths behind Sutton's long-abandoned drive-in, Morgan stumbles across a shallow grave holding the skeletal body of a young woman. How long had the girl lain there? Why had nobody reported her missing?

The only clue to the girl's identity is a beeswax Santa figurine, one of the first prototypes created by the artisans at Vaillancourt Folk Art.

The trail delves into a world of prejudice and jealousy, of shattered dreams and lost hopes. Through it all, Morgan and Jason steadfastly hold to their vision - that they can at last bring justice and peace to this one girl's memory. 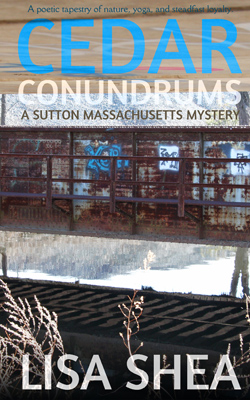 Cedar Conundrums - Book 3
Morgan has risked her life twice for what she believes in. Jason - and all those who love her - want to keep her safe. But when those who know she can help plea for her assistance, Morgan just can't turn them down.

She knows the sensation now. The sensation of being able to help others when all around her have given up hope.

The sensation of doing the right thing. 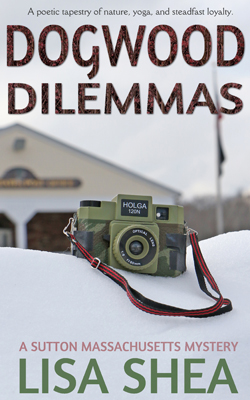 Dogwood Dilemmas - Book 4
Snowmageddon. Boston has reached the snowiest winter on record, and Sutton, Massachusetts isn't far behind. Morgan takes an April's Fools opportunity to document winter at its peak with her trusty Holga film camera. Made of plastic, using 120-format large film, a Holga is an exercise in mindfulness. Its plastic lens brings the fjord-like crevasses in the giant snow pile by the post office to life.

And then she sees what's inside.

Morgan's drawn into yet another mystery, this one set against the backdrop of Purgatory Chasm and Lake Quinsigamond, the Quabbin Reservoir and Ramshorn Pond. Through it all, with the support of her friends and Jason, she seeks a path of truth and peace. 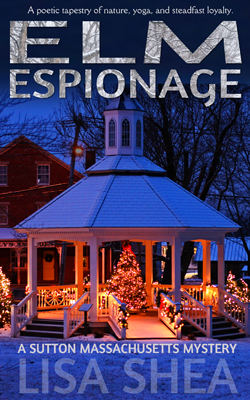 Elm Espionage - Book 5
Morgan's heart has been ripped in two. Her beloved cat, Juliet, has passed over the rainbow bridge to a better world. One free of pain and suffering. Morgan's grief shadows her every thought.

But when Joan calls, her voice tense with distress, Morgan knows she needs to put her personal suffering aside. There are others who need her. Others who rely on her keen powers of observation and her dogged determination to find the truth.

To bring a killer to justice. 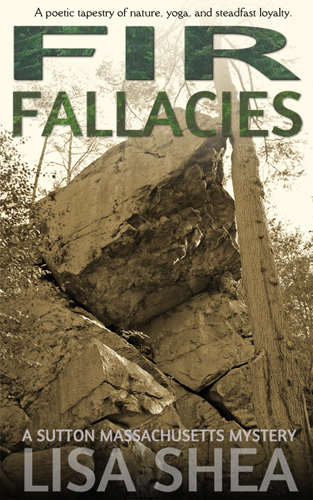 Fir Fallacies - Book 6
Morgan was looking forward to an afternoon hike through Purgatory Chasm with Jason. It was one of her favorite places to visit.

But Purgatory is not always a place of healing ...

You can also buy the first three books in a boxed set, to have those stories in one easy to read package!

Thank you so much to the awesome Sutton-based band Neptune's Car who I feature in the books. I highly recommend their albums!