Morgan has become settled in her quiet life in Sutton, Massachusetts. Her peaceful morning yoga routine is assisted by her cat, Juliet. In the evening she guides her kayak across the placid surface of Lake Singletary. Everything is in its place.

Book number two in this series is Birch Blackguards 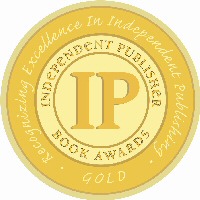 IPPY GOLD MEDAL WINNER - Best Regional E-Book - East
I'm thrilled and honored to announce that Aspen Allegations: A Sutton Mass. Mystery has been awarded the GOLD MEDAL for best regional e-book east of the Mississippi by the IPPY awards! These awards are for books published by independent publishers. There were 5,300 entries vying for the IPPY awards, so there was a huge field of entrants.

Thank you so much to my fans, readers, editors, and other supporters who helped make this possible!

Newell Sherman Drowns his wife July 20, 1935
In a situation quite similar to the book "An American Tragedy", and to the 1906 murder on which it was based, Newell Sherman took his wife Alice out on a rowboat on Lake Singletary, Sutton Massachusetts, and flipped the boat. He then watched her drown before swimming back to shore. 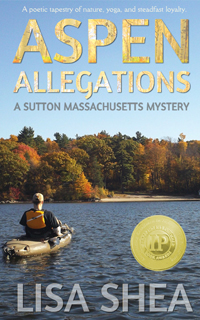 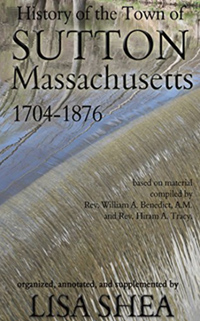